The story of fat has four main chapters: creation, storage, mobilisation and oxidation. The first two were what people were worried about back when food was scarce and life was active. The next two are what we are worried about today when food is abundant and life is sedentary.

Raj Ganpath is an NCCA-accredited personal fitness trainer; a certified coach in fitness, nutrition, barbell and kettlebell training and a Functional Training and Senior Fitness Specialist, with over 5,000 hours of coaching experience.

Let’s rewind a few thousand years to a time when food storage was not an option — no freezers, refrigerators, pickling; no grains even. There was only food that had to be hunted or gathered and consumed right away. If it was not consumed, it got spoilt. During such a time, you can appreciate that storing food and energy for later use was a big deal.

For humans and other animals, only a certain amount of energy could be stored. This function is very similar to how any device with a built-in battery functions. We charge up (i.e. eat) and then go about our day until we are low on energy and our functionality is affected. And then we need to charge up again to get back to normal functioning.

Our bodies convert the food we eat into energy (just like how petrol is converted into energy in a car or bike) and use it for the various functions from respiration to heavy lifting. After using up what is needed, the remaining energy needs to be stored for later use. And this is where fat comes in. Irrespective of what we eat, if we end up with more energy than we need, the excess is converted into fat.

Once created, the fat needs to be stored somewhere accessible so it can be used later when there is not enough food or when we have to do any activity until our next charge-up time. And the perfect place for this is adipocytes a.k.a fat cells.

Adipocytes are where fat (in the form of triglycerides) is stored. Each of us has a certain number of fat cells and this number is determined during adolescence (this number seldom goes up or down, even given our efforts to gain or lose fat). But the cool thing about these adipocytes is that they can accommodate more and more fat and keep growing larger as the amount of fat in them increases. So this pretty much gives the body an unlimited energy storage option.

While this was very useful back when we were hunter-gatherers and food was sparse, this isn’t helping us today when food is abundant. That is, most of us end up consuming excess energy on a daily basis and this is causing our fat cells to load up more and more fat, which results in us becoming, well, fat. Now, how do we use up the excess energy in the form of fat?

Once stored, the fat is available as a solid source of energy for the body. This energy can be used by the body for any and all activity, but only as long as there is no more free energy added to the system. In simple terms, we have fat in our fat cells and we can use that for fuelling our activities and thereby lose fat. But this will happen only if we don’t consume more food than we need on a daily basis.

So, if we need 10 calories and we eat only 5 calories, the remaining 5 calories will be pulled out from our fat stores. But if we consume10 calories, nothing changes. And if we end up at 12 calories, we’ve added more fat to our existing fat storage. So the first step to mobilising fat from our fat stores is to be in a calorie deficit. This can be done by eating less than needed or by increasing calorie expenditure by moving more, or both. This is where the “eat less and move more” mantra comes from. While too simplistic a solution, it is true at the fundamental level.

Note that, for some people, hormonal dysregulation and other systemic issues make it hard for fat to be mobilised out of fat cells (while posing no issues when storing!) and this in turn makes it hard to lose fat. But this happens only in very rare cases.

Oxidation or fat burning is the process of putting your stored energy to work. Scientists call this ‘internal bodily fuel consumption’. Fat, which is stored as triglycerides in the adipocytes, is released, thanks to hormonal action. These triglycerides, through a process known as lipolysis (a breakdown of the stored fats), are reduced to two distinct components: glycerol, processed by the liver for further use; and fatty acids, which are released into the bloodstream. The fatty acids are transported to the mitochondria (the portion of a cell that produces power within each cell). In the mitochondria, the fatty acids are oxidised, producing usable energy. It is this process that we refer to as “burning fat”. 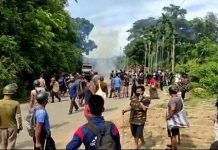 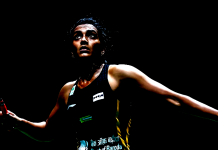