NEW YORK: The 15 JPMorgan Chase bank accounts had a few things in common: They had high balances, there was little activity on them and they belonged to elderly clients – indeed, at least eight were dead.

And all 15 of the accounts got regular cash infusions, thanks to direct deposits from the Social Security Administration.

That caught the eye of two private bankers who worked at a Bedford-Stuyvesant branch of JPMorgan Chase, Jonathan Francis and Dion Allison, according to an indictment filed this month in state Supreme Court in Brooklyn. Creating cards for automated teller machines and forged documents, the men and their accomplices withdrew about $400,000 from the accounts over two years, according to the indictment.

The New York attorney general, Eric Schneiderman, warned in June that bank tellers and other employees have easy access to customer data and had committed fraud using the data on multiple occasions.

In this case, prosecutors for the Brooklyn district attorney’s office charged in an indictment, the bankers could not only gain access to but also issue ATM cards for the 15 accounts, without the account holder’s consent.

Allison, 30, and Francis, 27, created bank cards for several of the dormant accounts. (While prosecutors believe most, if not all, of the account holders have died, benefit checks continued to be deposited because of faulty reporting to the Social Security Administration.)

With two friends, Gregory Desrameaux, 24, and Kery Phillips, 40, the men then withdrew most of the stolen money, about $300,000, by using ATMs around New York City, according to the indictment.

Some withdrawals were as small as $200; some were up to $2,000, the daily limit for ATM withdrawals for some Chase accounts.

In April 2013 alone, members of the group made withdrawals on 26 of 30 days, according to the indictment. One night at a Chase branch on Nostrand Avenue and Church Avenue, they withdrew $1,000 from one account; 49 seconds later, group members took out $1,000 from a different account.

By May of that year, people in the group had created fake power of attorney documents. That gave Phillips control of four of the dormant accounts, Adam Zion, an assistant district attorney, said in court on Monday. This allowed Phillips to withdraw money way above the daily ATM limit, up to $9,500 at a time, through a teller.

In another example of the scheme, in February 2013, according to the indictment, Allison created a bank card for one account. That May, at a Chase branch on Flatbush Avenue, Phillips turned in fake power of attorney documents giving him control of the account. The same day, prosecutors said, Phillips withdrew through a teller $49,929.91 – everything that remained – from the account.

JPMorgan Chase has already faced accusations of fraud among staff members this year. In April, an investment adviser, Michael Oppenheim, was charged in U.S. District Court in Manhattan with stealing $20 million from seven of the bank’s clients.

Also in April, another employee, Peter Persaud, who worked at a Chase branch in Brooklyn, was accused of selling customer data – including account numbers, Social Security numbers, addresses and dates of birth – to an informant and an undercover officer. Persaud was charged with fraud and identity theft in U.S. District Court in Brooklyn.

Lauren Ryan, a spokeswoman for JPMorgan Chase, said the company has been “working closely with the authorities and the Social Security Administration” in the current fraud case.

The four men listed in the current indictment have been charged with conspiracy, grand larceny and falsifying business records.

On Monday, Allison was arraigned before Justice Cassandra M. Mullen in state Supreme Court in Brooklyn. Zion, the prosecutor, said that Allison searched for and maintained the targeted accounts and issued and used some of the cards.

Allison had told Chase investigators that he had looked for high-value accounts, issued and used the ATM cards, sold some of the cards and account data, and worked with Francis on the scheme, Zion said. Also, Allison had logged onto the Chase system with his co-workers’ credentials when they were away from their desks, according to Zion.

Phillips is still at large, according to a news release from the district attorney’s office 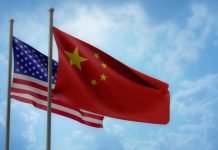 Chinese student sentenced for taking photos of US naval base 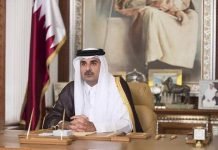