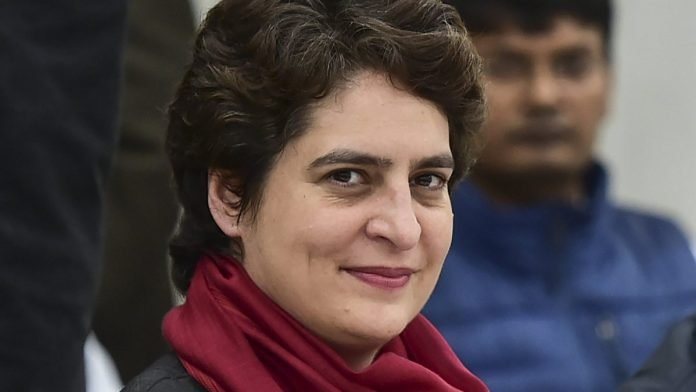 ttar Pradesh Congress chief Ajay Kumar Lallu was arrested on Tuesday evening by the Agra Police when he staged a dharna at the Uncha Nagla border in the Taj City to protest against the refusal of the police to allow buses commissioned by the Congress to move forward, according to Congress media coordinator Lalan Kumar.

High drama was witnessed on the Agra border when Lallu insisted on taking the buses, but the police refused to allow them to move, saying they had no information about any permission.

Lallu was physically removed by the cops from the spot, but he returned a short while later after which he was arrested and taken to the Civil Lines police station.

Meanwhile, police also booked Lallu and Sandeep Singh, personal secretary to party leader Priyanka Gandhi Vadra, over the list of buses to ferry stranded migrant workers back to the state.

Lallu, Singh and others were charged with cheating and forgery in an FIR registered at the Hazratganj police station in Lucknow. The case was registered on a complaint by Road Transport Officer (RTO) R P Trivedi, a government spokesperson said.

The Uttar Pradesh government claimed that the list of buses offered by the Congress to transport migrant workers contained registration numbers of two-wheelers, cars and three wheelers.

Also, many buses in the list did not have a valid fitness certificate and insurance papers, the state government said amid a war of words with the Congress.

The FIR was lodged under sections 420, 467 and 468 of the Indian Penal Code, relating to cheating and forgery of documents.

“Of the list of 1,000 buses submitted by Priyanka Gandhi Vadra, 79 would only have invited mishaps as they are totally unfit,” a government spokesman said.

There were 297 buses whose fitness and insurance certificates had expired, he said.

He said there were about 100 registration numbers of vehicles other than buses. a search showed they were ambulances, three-wheelers, trucks and other vehicles, and could not be counted as buses, he added.

There were no records of 70 buses in the list, he claimed.

“It seems the Congress does not care for the lives of migrant labourers. Why did the Congress play such a dirty joke and what did it want to prove?” he said.

It appeared that Priyanka Gandhi had a plan to play with the lives of the labourers but the Yogi Adityanth government exposed it, he claimed.

In a statement issued here, Congress said it appeared that the BJP did not want to get the migrants back in UP.

“We will once again try to ensure that these buses are allowed to run,” it said.